My brave bikini pic (and what I think of it now) 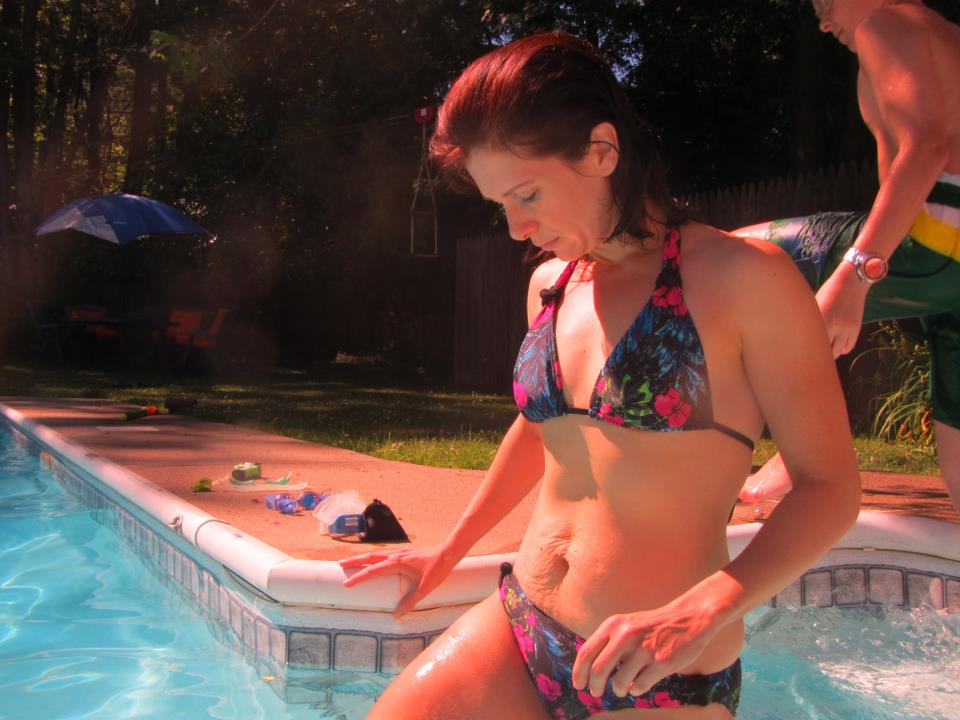 Lou Schuler’s new book, Strong, came out on November 10th. In Chapter I he talks about a bikini pic I posted soon after I wrote this blog, and how I bravely “gave the middle finger to the fitness industry” and the unrealistic expectations it often presents.

There is no doubt. Lifting has made me Strong. Lifting has given me courage to be exactly who I am and to offer zero apologies.

Since that blog posted I have continued to mature and further settle into my body, my mind, my way of being, and have attained even greater acceptance. Not acceptance in a complacent, “This will have to do” sort of way, but an absolute “Fuck yes” way. I want to inspire as many women in my lifetime, as possible, to get to the same place.

Life is short and there is no room for not liking oursleves.

I get stronger with every year and I’m pretty damn sure that trend is only on the upswing.

In honor of Lou’s book release, I’m re-posting that bikini pic. And talking about what I think about it now, almost four years later.

So, this is the pic Lou talks about in his new book, Strong. In the summer of 2012, when I shared it on facebook, I wanted to show people what my body really looked like after giving birth to four kids, despite being thin and being fit.

It was my attempt at offering real women a realistic and honest depiction as to what can (and cannot) be accomplished through diet, exercise and weight loss alone. I wanted to share an image that would traditionally be considered flawed or not worthy of admiration, in the mainstream fitness culture. Not every woman’s body responds to pregnancy in this way, but many women’s bodies do.

In this blog I wrote I explained that this picture surprised me at first sight, and I almost didn’t recognize my own body.  In my mind, my “flaw” was much more exaggerated.

I definitely do not regret sharing this photo back when I did. I shared it with good intent. Would I share it today? I probably wouldn’t but for reasons different than you might expect.

When I decided to share the details of my powerlifting journey, two years ago, one of my main goals was to debunk the myth that lifting makes women bulky. To show women that lifting was, in fact, incredibly sexy and feminine, in hopes that I would encourage more women to cross over and give the heavy weights a try.

But during my journey into powerlifting, something surprising occurred. I stopped caring whether these things were even true and I started caring almost exclusively about how lifting made me feel based on my actions rather than my appearance. My continuous accomplishments and my thirst for further advancement in skill and lifting prowess became my primary concern.

I started to see my body as beautiful in it’s ever changing forms. Growth, both physical and mental, became a gateway to a me I had never allowed to be a possibility. For the first time, a part of me started to truly resent the social standards I had personally allowed to hold me captive and stunt my growth as a strong woman and a capable human.

After having spent the majority of my life concerned about how I looked, to suddenly have something supersede that distraction and take full precedent, was entirely freeing. Empowering. Liberating.

It’s the message I now want to share with women ALL THE TIME.

Lifting is what got me to this place and it feels damn good.

Is it nice to feel confident in a bathing suit? Yes it is.

But you know what’s an even better feeling?

Knowing that there are other things that matter a great deal more.

Ladies, are you ready to change your relationship with fitness?

To register, and for more details, go here.